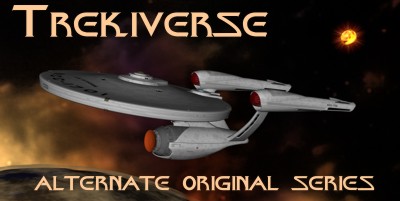 This page will eventually become the nexis for the group specific portions of Trekiverse for the Alt.StarTrek.Creative.Erotica.Moderated group and it's Y! Groups. You will also find in this page specific challenges and such related to the group.

Within these pages, you will find fan fiction comprising stories in all 5 aired Star Trek Series (Original Series, Next Generation, Deep Space Nine, Voyager, and Enterprise.) You will also find some author created series (commonly referred to as OCC or Original Captain and Crew), crossovers, and a few things we just couldn't place.

The Archive Team makes no distinction on quality, ratings, or content in archiving. They do that you be courteous to the authors. Some e-mails on stories are very dated, due to authors moving on in the 15 years in which this archive has been functioning in some form. We also ask that you do not attempt to download the full archive in one night.

Admin
The Staff of ASCEM includes:
FAQs
ASCEM Particularly would like you to review the following FAQs:

ASCEM: A Guide To Infinate Combinations Everything you ever wanted to know about ASCEM

Ruth Gifford's ASCEML Glossary A Little out of date, but still worth it

Trekiverse is an archive of Star Trek Fan Fiction. The Star Trek Universe is owned by Paramount Pictures, a division of Viacom. All the copyrights belong to them. Only the ideas contained within the works in the archive are the property of their authors. This is a free site maintained by volunteers. No profit was earned by the writers nor site maintainers.

This Archive is currently maintained by Archivist Constable Katie and her staff. Past Archivists are Dina Lerret (98-00), Alara Rogers (95-98) and Joseph Young (91-95). Search Engine Programming by Joshua Macy. Trekiverse Index pages (previously known as the ASC* Archive Index and The ASC Index to the Archive) are © 1995-6 Matt Steenberg, 1997-2006 Stephen Ratliff and are currently maintained by Stephen Ratliff. Webspace provided by Alara Rogers, Bonnie, and Crosswinds.net.